How to Write a Phone Conversation in a Screenplay 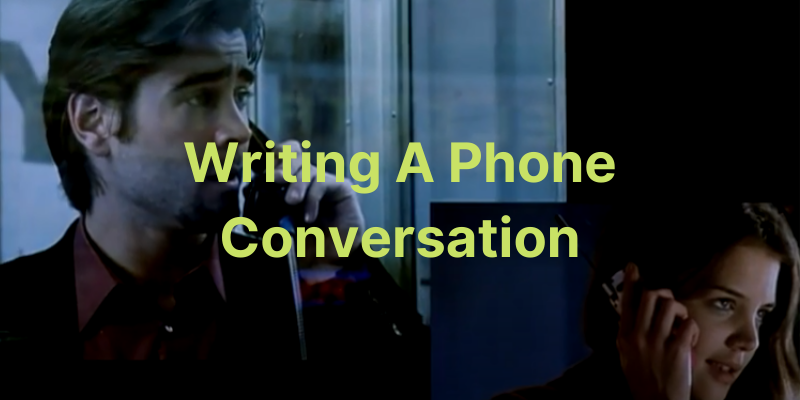 Just knowing about using various screenwriting software tools for writing typical scenes is not enough. When you wish to compete with other Indie filmmakers or submit your scripts to screenwriting contests, you have to know perfectly well how to write particular scenes. And phone conversations are now almost in every screenplay.

A Phone conversation is are written in a typical way in scripts. However, it depends on what type of conversation you are writing. There is a format for every type.

So without further ado, let’s get started. 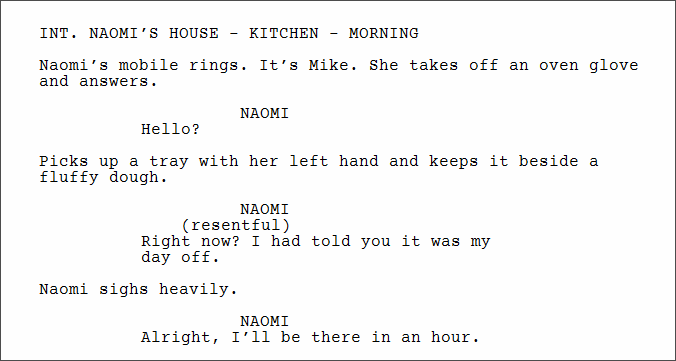 The description “Picks up a tray with her left hand and keeps it beside a fluffy dough” is added to show some continuity on screen. Otherwise there would be a pause when the other person was talking.

When you can see and hear one person on the phone, along with the dialog from another who is off screen. The other person talking is depicted by V.O. (Voice Over) 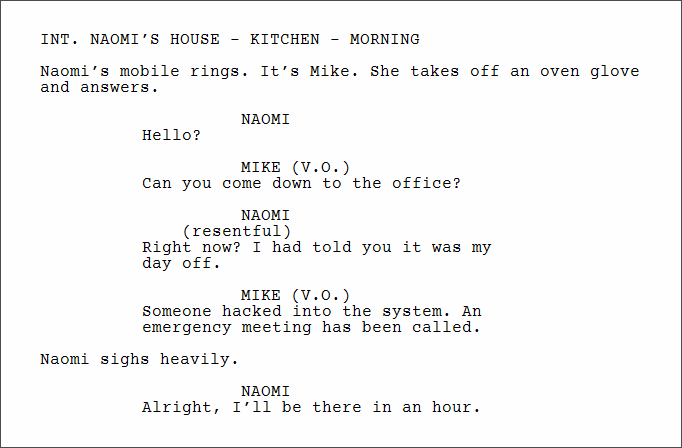 Note: I haven’t written “Picks up a tray with her left hand and keeps it beside a fluffy dough” because I introduced a V.O. It’s perfectly fine if you write it though.

3. Intercut in a Two Sided Conversation

If you want to show the other person’s face or surroundings (if not his face), you can use INTERCUT. Watch this wonderful, tense phone call scene below form The Departed. You’ll know what I’m saying.

Now there are two ways to write this.

The first is to write INTERCUT – PHONE CONVERSATION. 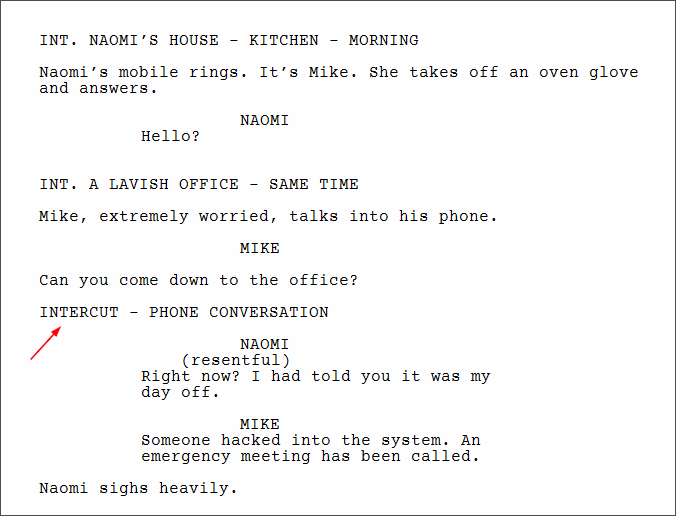 The second is to combine headings and put a slash (/) in between them.

Related: 18 Best Books & eBooks on The Art of Screenwriting

We don’t see this very often now. Still, it is sometimes used by writers. There are again two ways here:

First way is to write SPLIT SCREEN in the scene heading.

Second way to write it SPLIT SCREEN in the scene description.

Each good scriptwriter has his or her style of writing. Developing one’s own style is the easiest way to write more scripts. That’s because once you have understood the format, you can write much faster, just as you imagine it.

Try reading the script of the famous movie Phone Booth written by Larry Cohen. You’ll get it here. It’s awesome.

Being an avid film buff and a content marketer, I started this blog to provide the best information on screenwriting and filmmaking. Screenplays is certainly where it all begins. However, I also provide writing and advertising tips regularly through my articles.

Screenwriting: How to Write a Montage in a Screenplay

12 Tips on How to Write a Film Review